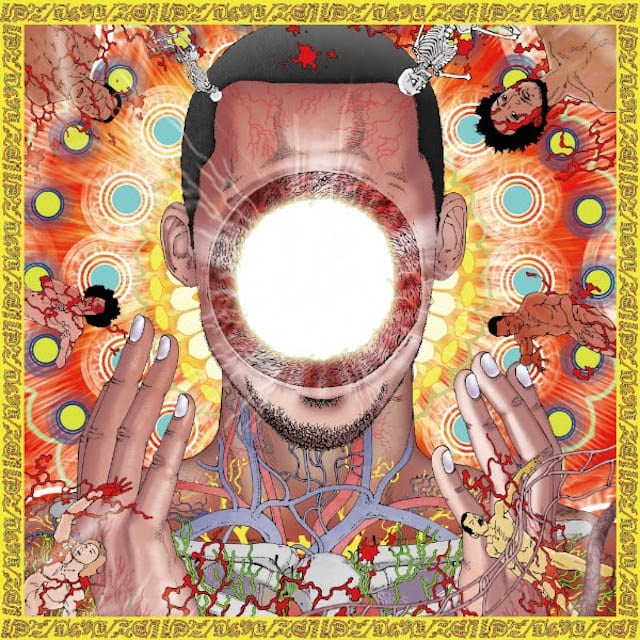 There’s a reason I’m always excited about Flying Lotus releases.  There’s always a new element of fusion and integration that just gets my musical mind so excited.  You’re Dead, the fifth full length LP from FlyLo, crosses so many musical genres in its exploration of the inevitability of death while still maintaining flow.  Steven Ellison has created something with this album that is both frighteningly aware of the nature of life and death and simultaneously incredibly insightful and shimmering with life.

Listening to You’re Dead is like sitting alone in an empty, circular room while images of death appear and swirl around you, smashing into the other images and combining into a mural of morbid beauty.  It’s awe-inspiring and nearly indescribable.  It didn’t scare me or smack me in the face with the reality of death, it inspired me to do something great and embrace the life that I have before death.  Death is a limit on life and FlyLo very clearly understands that.  However, instead of letting that scare and constrain him, he stares death in the face and allows it to motivate him to create something beautiful, encompassing, and life affirming.  Why be afraid when there’s so much to do with life right now?

In the past, Ellison has been tentative at best with the use of vocals.  The collaborations and vocals laced throughout You’re Dead make me wonder why he held back in the past.  Every collab and vocal adds depth, color, and perception to the album.  “Never Catch Me (feat. Kendrick Lamar)” is one of my favorite tracks to come out this year.  Kendrick’s verse flows so perfectly over the signature intricacies present throughout FlyLo’s work and especially in this song.  The music video also kicks serious ass, so check that out if you like this song at all.  “Decent into Madness (feat. Thundercat),” “The Boys Who Died In Their Sleep (feat. Captain Murphy),” and “Your Potential/The Beyond (feat. Niki Randa)” are all delightfully haunting.

Ellison’s production skills and experience shine throughout this album.  It takes a lot to successfully interweave as many different styles of music into a comprehensive album.  The theme is so clearly in the forefront of every track, yet everything is different, fresh, and new as the album spins.  It rendered me speechless the first time I listened to it.  You’re Dead is definitely on my top 10 albums list for this year.

Recommended if you like: Four Tet, Hudson Mohawke, Nosaj Thing, and Kendrick Lamar

Recommended tracks: “Never Catch Me,” “Siren Song,” “Turtles,” and “The Boys Who Died in Their Sleep”