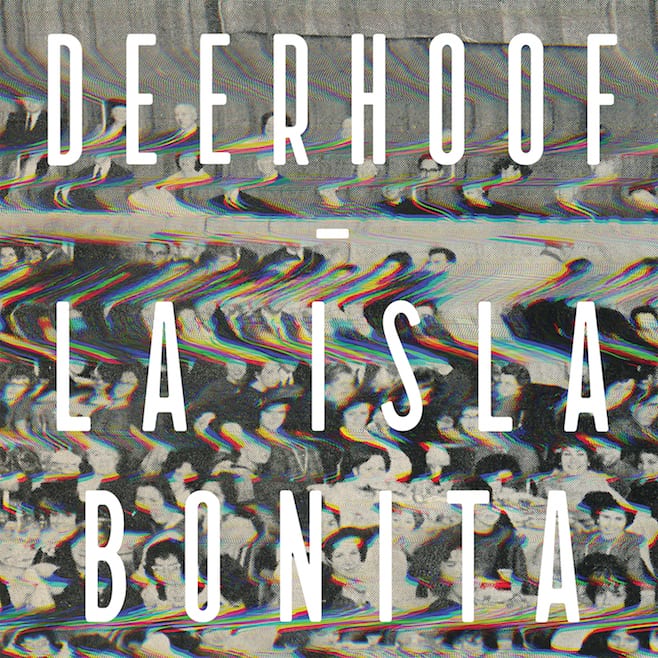 If you’re up for an adventure, give it a spin.What can I even say about Deerhoof?  They’re strange, eclectic, beautiful, hilarious, and terrifying all at the same time.  They’re definitely an acquired taste, but once that taste is acquired, it’s hard to get enough of them.

La Isla Bonita is their 13th album and was put out in celebration of Deerhoof’s 20th anniversary.  It was recorded in guitarist Ed Rodriguez’s basement in a matter of 10 days, live, DIY style.  La Isla Bonita was also co-produced by none other than long time Pitchfork writer and fan of the band Nick Sylvester.  They had a big slumber party full of arguments about what the sound should be, laughter, and music making.  That sounds like a slumber party I would love to be at, and the result is incredible.

Composed of repeated musical motifs and simple arrangements, heavily influenced by The Ramones, and topped off with a little classic Deerhoof charm, La Isla Bonita is a wild ride from beginning to end.  It’s grungy, cacophonous, precise, and artfully constructed.  Every song is different and weird in its own way, but there’s a cohesive flow to the album that’s really quite impressive.

I can’t say enough about how much I love Satomi Matsuzaki’s vocals throughout this whole album.  The lyrics are a hodgepodge of ridiculous nonsense that make so much sense in the context of Deerhoof’s sound and aesthetic.  Her voice is childlike and deceptively powerful.  She leads the band to just the right balance of order and chaos.

You really can’t go wrong with any of these tracks.  “Exit Only” could almost be a Ramones track.  “Tiny Bubbles” and “Black Pitch” are my personal favorites, but really, every track on this album is my favorite.

If I had to come up with something that could be improved upon, I don’t think I could. It’s a little silly how much I like it, actually. If you’re up for an adventure, give it a spin.

Recommedend if you like: The Ramones, Ponytail, Lightning Bolt, The Fiery Furnaces, OOIOO

Written by Addison McDaniel on November 7, 2014