Kahn & Neek – Bandulu 005 (Bandulu): Kahn & Neek are the Bristol-based duo who have been pushing what has been called the “Gorgon sound” in grime and dubstep the past several years. Unceremoniously titled, Bandulu 005 is their latest release on their own label which has been sparse in its output. The lack of releases, however, speaks to the quality control involved with Bandulu and Bandulu 005 has obviously had a lot of care and refinement put into it. The second track, “Dick Tracy”, draws on the classic American comic book antihero with a lurking bassline and creeping synthesized harp that gives the impression of a rainy night in an unlit urban alley. “Cloud Base” is another pounder on this four track EP that contains the familiar clapped snares, Gorgon snarl sample, and reverb-y bass that we’ve come to expect from Kahn & Neek. Bandulu 005 is one that demands the bass be cranked all the way up and gun fingers ready at all times. 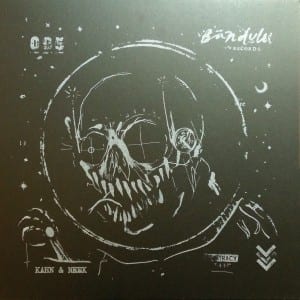 Hysterics – Hysterics EP (Night Slugs): Hysterics is Girl Unit’s latest pseudonym and offers the Night Slugs stalwart an outlet for his more techno-based productions. The self-titled EP continues where his Club Constructions release left off: straight forward techno that is best left for the serious DJs and clubbers. The EP wastes no time getting down to business either: “Club Life” makes its intentions known right off the bat with a 130 BPM tempo and a driving bassline complemented by some warped synth action. “Empty” closes out the EP in an appropriate fashion, acting as a perfect 4 AM track to close down the club with dreamy soft synths and a muted bassline. It’s been a while since the last proper Night Slugs release and it’s been worth the wait. 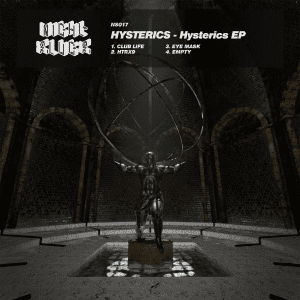 This month’s mix was inspired by Valentine’s Day, so pretend it’s mid-February instead of March and enjoy some classic R&B, disco, and boogie!