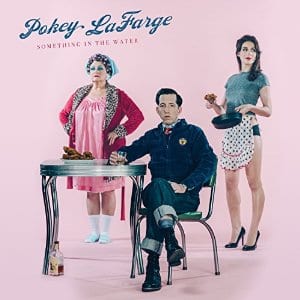 Pokey LaFarge: Something In the Water 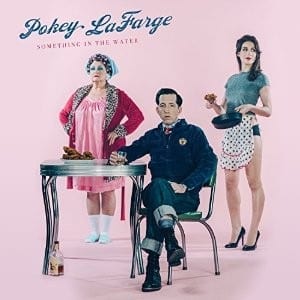 Andrew Heissler, a.k.a Pokey LaFarge, knows what the hell he’s doing with his music, and with his matching suspender and cardigan get-ups. Born and raised in St. Louis, the 29 year old LaFarge has been making a name for himself as a lighthearted ragtime blues musician for almost a decade. He started off playing mandolin, hitching rides and gigs wherever he could, and now he’s lighting fires for crowds big and small across the world.

In addition to quick fingers and an ear for melodies, LaFarge’s has a voice like crushed velvet (with the sound of a few cigarettes thrown in) that he really knows how to throw around. If you ever get the chance, see this guy live. I’ve heard and read glory filled reviews from more than a few folks.

Something in the Water, Pokey LaFarge’s 7th LP release in 9 years, is a modern exploration of the musical roots that helped shape American Folk music, but with bravado, romance, and a small town, ragtime vibe.

Something in the Water (1) starts the album off with one of my favorite tracks, a shoulder shrugging swing about LaFarge’s “hoosier girl” that he can’t help but love. This track helps establish the pretty dang endearing narrative that LaFarge creates with this album, the narrative of a hopless, Southern romantic looking for love with a smoke in one hand and a drink in the other.

Underground (3) steps away from that narrative briefly to jive along to LaFarge’s vision of the end of the world. Great instrumentation, backing barbershop quartet vocals and wonderfully swoony/staccatoed horns in this one.

Actin’ A Fool (6) is another upbeat track about alchohol and lovin’, with some sweet double bass.

Far Away (9) gives a welcome respite from the big band set up, a simple love song with twangy acoustic melodies and backup vocals.

Recommended If You Like: Hank Williams, The Devil Makes Three, Punch Brothers, Creedence Clearwater Revival
Recommended Tracks: 1 (Something In the Water), 3 (Underground), 6 (Actin’ a Fool), 8 (Goodbye, Barcelona), 9 (Far Away)
FCC Clean
Written by Kayci Lineberger on 04/06/2015