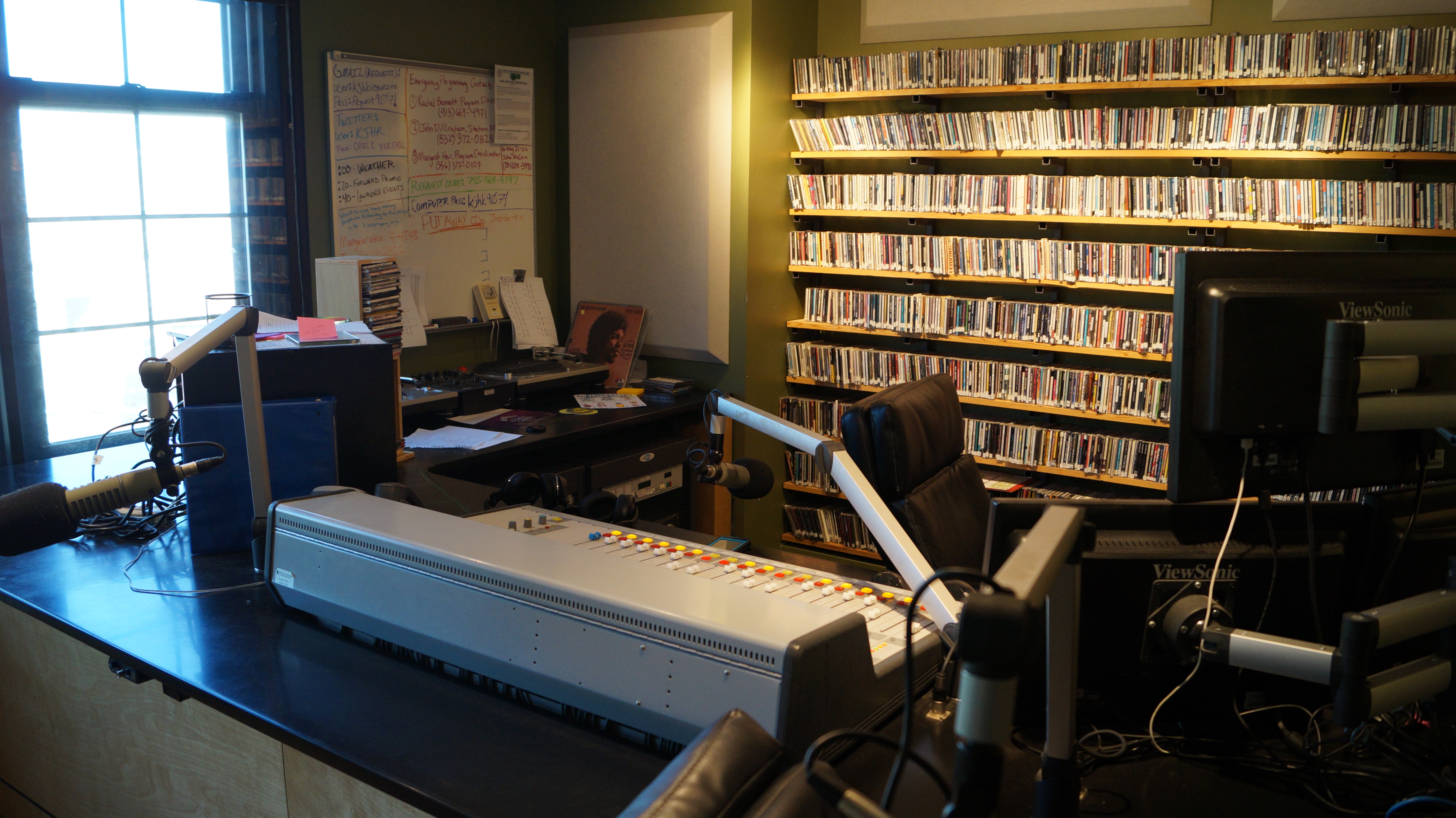 On the second Friday of every month, Free State Story Slam takes place in the Black Box Theater at the basement of the LAC. The experience differs drastically from the mood set by the rest of the Arts Center. The theater is filled with colored lights, black chairs, and small tables that directly face the speaker’s stage. The tight set up helps create a very intimate setting where the audience truly connects with whoever is speaking.

Story Slam hosted its first event of the year on September 11, 2015. The event was catered to anyone 18 and over. However, seeing anyone under the age of 22 was a rare sighting.

Two skilled drummers opened the event with an hour and a half of percussion. Near the end of their set, they taught the entire crowd basic rhythms and drum patterns with drumsticks and plastic buckets.

After the drum intro, event founder Dave Holland opened the night with season remarks and his opening story. The theme for that evening was “Game On.” It was only appropriate to hear Holland’s memories of little league baseball being used to open the show.

Each speaker told a short story of no more than seven minutes and all stories had to have come from a past experience. The stories were mostly comical but there were definitely beautiful moments of vulnerability and sincerity shared throughout the evening.

The stories were told from various backgrounds and covered a range of topics including baristas, high school wrestling, conflicts with parents, and awkward birthday parties for children. At the end of the evening, audience members were able to cast votes for their favorite stories. No awards were given but bonding exchanges of personal pasts were enough of a reward for those who participated.

Written in cooperation with Samantha Gilstrap