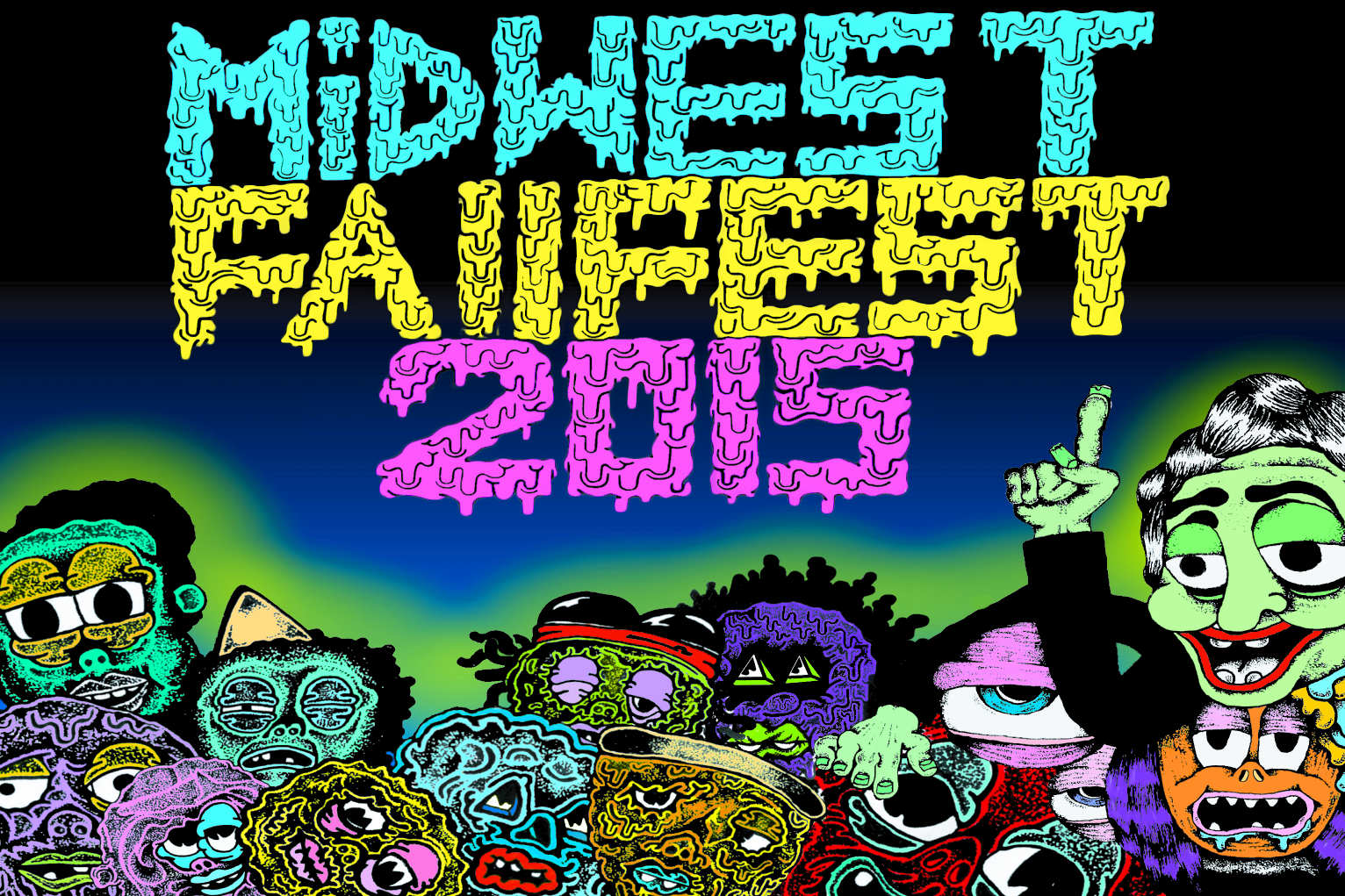 To keep you satisfied until October 3rd rolls around, we’ve got some music features from each of these killer artists. You’ll be able to hear them on the airwaves, especially during our weekday local blocks from 6-7 pm, but they’re also available all over the interwebz. Here are the tunes: La Guerre, with their January album release Sapphires, Shy Boys with their recent self titled release, Various Blonde with their newest singles from the past 2 months, and LION with his fantastic new LP, Disquiet.

Katlyn Conroy is the front-human of La Guerre, a folk pop staple of the Lawrence music scene that has been releasing music for the last 6+ years. Her songwriting is consistently highly personal and intuitive, and the newest LP from La Guerre, Sapphires, released this past January, is no exception.

The album starts off with “Matthew,” a track with vivid writing and all around entrancing intensity. Conroy’s voice here, and in the rest of the album, is purrfect;  it’s delicacy is the cornerstone of La Guerre’s sound. She is subtle yet soulful, combining in this first track with deep legato notes on strings and a constant background of synth to create a beautiful ambiance. Things pick up on 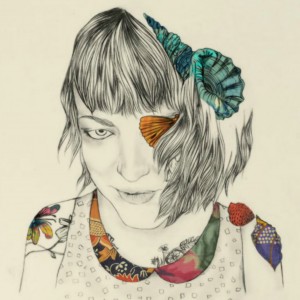 the fourth track, “Any Other” with upbeat synth, steady drumming, and vulnerable soprano vocals. Things get a bit poppy, in a wonderful way. Another notable track “Arrow and Bow,” has a steady driving rhythm and poetics from Conroy:

“Every film I devour has a commentator / from the past conversations that surfaced that surfaced so fast / yet the curious part, the real cause for alarm / isn’t that I can’t hear it again, but that it never left.”

This entire album consistently has consciously visceral lyrics, which in turn creates music that is deeply personal and attractive. The sharing of a soul is a hard thing for anyone to do, and Conroy and her band mates do it with loads of beauty. Lawrence is lucky to have you, La Guerre.

Check out La Guerre’s impressive catalog of tunes and pick up Sapphires!

Shy Boys, a 3 piece indie pop rock/60’s psychedelic band has found a home in Kansas City. Starting off in the DIY/house show scene, over the last few years they’ve quickly gained a large following. The band consistently plays shows in the Lawrence/Kansas City area, as well as tours. They went on what seemed to be one hell of a tour this summer with 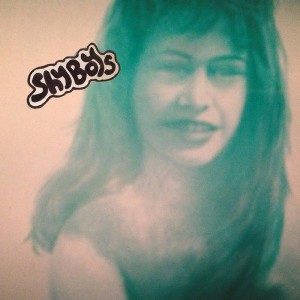 STRFKR over a two week span. The group released their debut album, Shyboys, back in January 2014 with High Dive Records (who also boasts local KC artists like The ACB’s, Rev Gusto, Bummer, and Ghosty).

Shy boys is an album that fits right in with the dreamy shoegaze craze that’s seeming to swamp the alternative scene. It’s easy to get lost in the middle of this album (wonderfully). The combined vocals of guitarist Collin Rausch and bassist Kyle Rausch are soothing and almost mixed right into the instrumentation, sometimes with lyrics that are indiscernible but enjoyable nonetheless. Konnor Ervin on drums holds the group together, keeping things at that wonderful place of loosey goosey yet tight.

Some noteable tracks: “Keep Me On My Toes” is an infectious 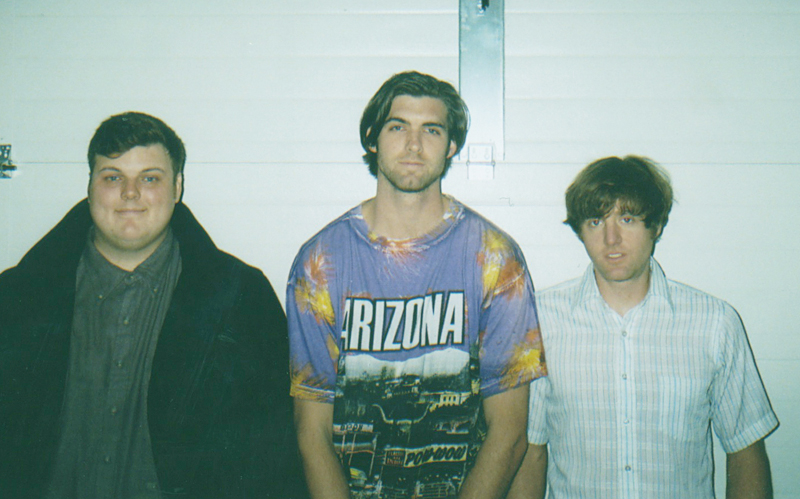 single worthy track with a killer bass riff. “Heart Is Mine” is smooth and slow, and incredibly soothing. Sweet reverb on the guitar here. The album closes things up with “Trim,” which starts off bare bones with the bass and drums, then builds into some lush guitar work and ends thing on a heavier note.

Pick up their self-titled LP, and check out their in-studio with Live @ KJHK!

We’ve got 2 sweet singles to feature from Various Blonde, a Kansas City group that has been blurring the lines of genre since 2008. The group is headed by Joshua Allen and supported by bass player Evanjohn Mcintosh, keyboard player Eddie Moore, and drummer Mark Lomas. 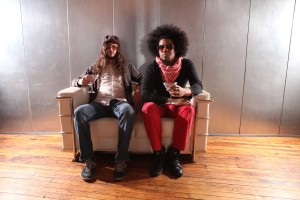 The first single, “Indigo Children,” was released just over a week ago on the Various Blonde’s Bandcamp. It’s a 4 minute doozy, blending disco, funk, pop, electronic, and rock to create a hell of a dance number. There’s a lot of sick synth here, along with very poppy, yet catchy vocals reminiscent of Chromeo.

The second recently released single from Various Blonde is “All Bases Covered,” from back in mid-August. The track starts off sounding leagues more rock influenced, but a minute in the synth kicks in behind the lyrics “Let’s get blacked out, blacked out,” and the song instantly becomes something else. It continues the deep rock vibes, but builds on the binge-drinking chorus and gets pretty electronic and dreamy.

Brian Rogers is the one man powerhouse producer from KC who is behind the electronic hip-hop project LION. Out of the four artists on the Midwest FallFest LION may be the newest, but in no way does that separate him from the other artists; Rogers is playing killer live shows and releasing music on the regular. 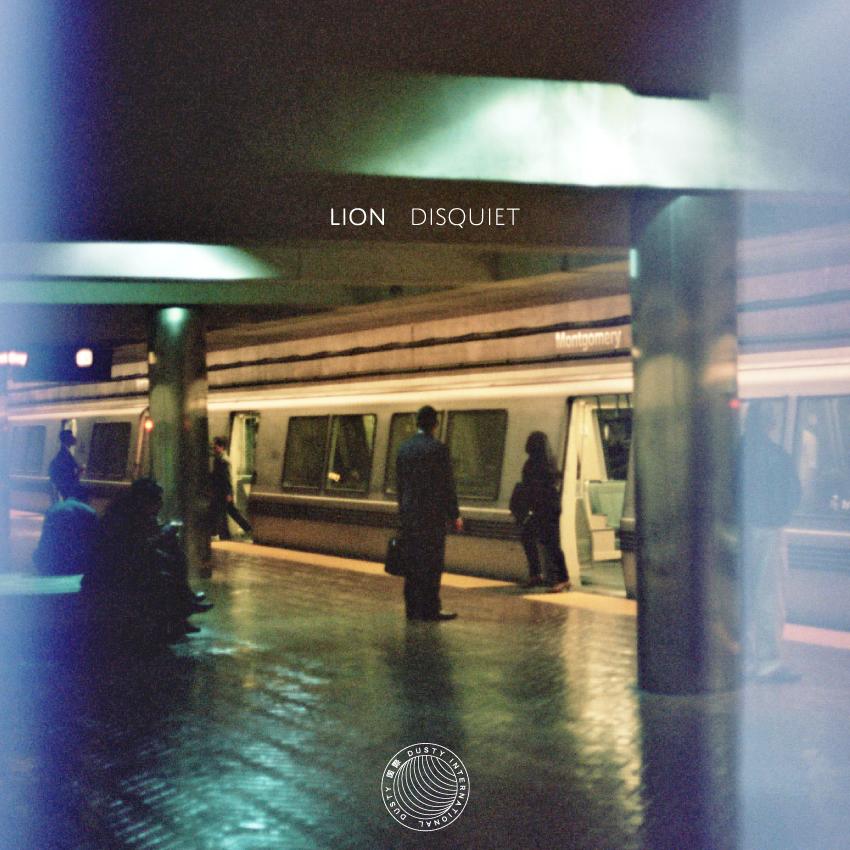 Rogers’ latest LION release, Disquiet, is a 10 track LP of quite impressive scope and quality. At it’s core, Disquiet straddles the line between electronic and hip-hop, at times dipping into trip hop, soul, and atmospheric ambiance. The tracks are mostly instrumental, with vocal sampling that tends to be more melodic than lyrical. There is loads of depth here, and something that every ear can find entrancing. Some of the hardest hitting tracks include “Still Awake, Still Dreaming,” “Believe,” which features Bonzo Madrid, and the smooth bass of “Oath.”

Pick up Disquiet, and come support local art at Midwest FallFest, October 3rd from 5:30-10:30 in Lawrence, at the Lied Center. See you all there!