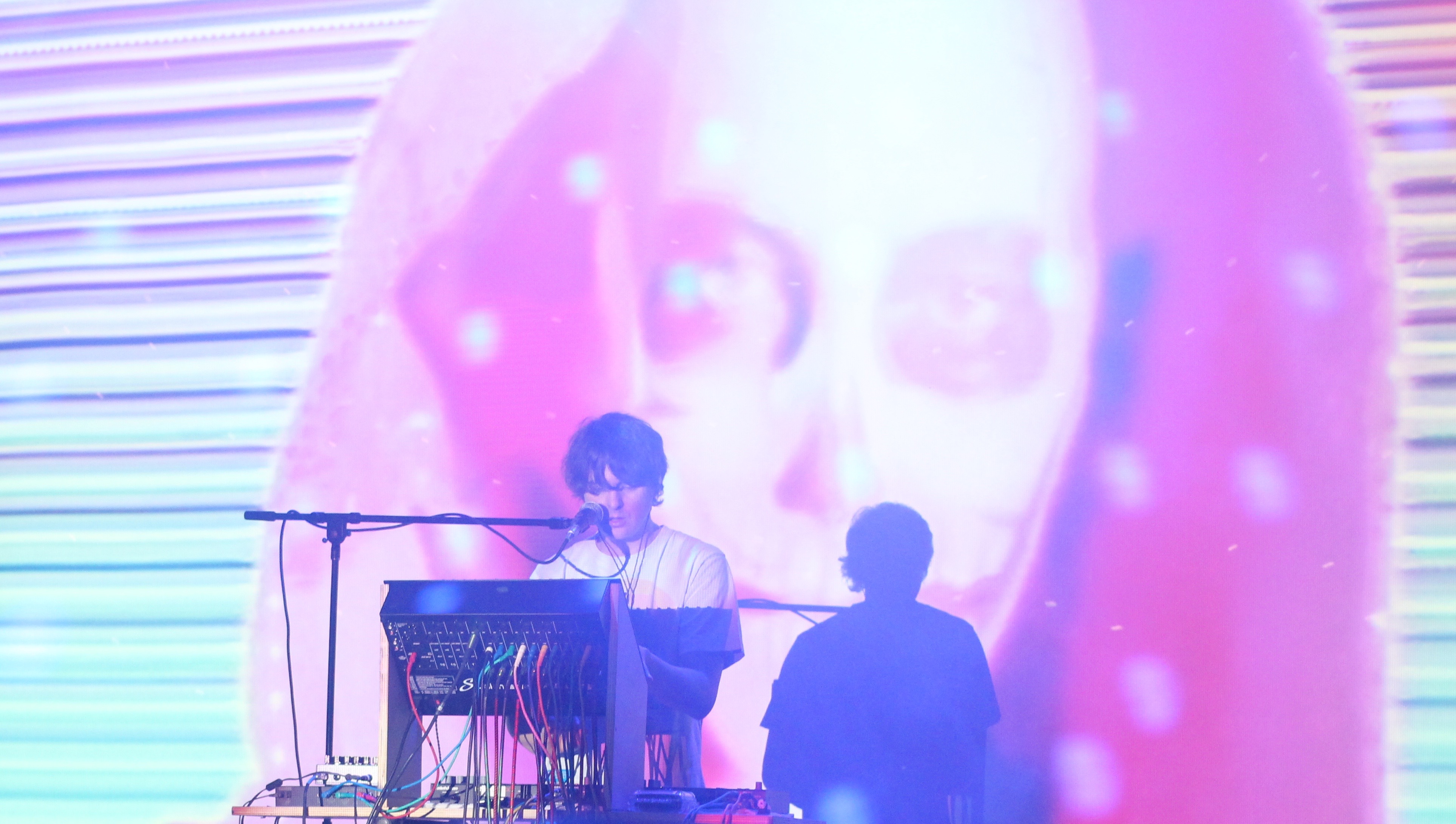 On Thursday, October 17, Panda Bear dropped an impeccable set to a full Bowery Ballroom, a two story venue in the Lower East Side of NYC. This was the last set of a 3 day run that opened up CMJ Music Marathon.

Before Noah Lennox, the sole member of Panda Bear took the stage, The Present performed. A electronic/house duo from New York, they were exceptionally entertaining and on point, producing hairpin drops and fervorous sessions of groove. While The Present left the stage and the sold out crowd turned their backs to and sip on beers, Deakin, Lennox’s fellow Animal Collective bandmate subtly stole on stage to provide a seamless transition that most of the ballroom didn’t even register. Deakin stood far, far stage left with a simple computer and synth set-up and created a sweet whirlwind of electronic music that made everyone’s bodies subconsciously move. His set was a surprising treat before Panda Bear. It’s only unfortunate that more of the crowd wasn’t in tune with the greatness he was laying down.

As any sold out, boozed up, and hyped crowd does, the Bowery exploded when Panda Bear took the stage. Lennox was unassuming and focused on the massive soundboard in front of him from the moment he arrived, glancing out at the crowd only once or twice before donning his headphones and tuning in with something amazing inside of himself.

He slowly opened up the set with the track Sequential Circus, the first track from 2015 release  Panda Bear Meets the Grim Reaper and everyone started to realize what a treat they were in for. The beauty of Lennox’s live performance is the combination of the expected and the unexpected. He stretches and melds the structures of songs that are familiar into new creatures, redefining his sound for you instantaneously but also recreating the best things about his recorded tracks. Vocally, Lennox killed it. The staccato precision of his voice was flooring live.

Combining tracks from Panda Bear Meets The Grim Reaper and 2011 release Tomboy, Panda Bear left no soul unturned at the Bowery Ballroom. The crowd was in tune with Noah Lennox’s beautiful vocal perversions and encapsulating bass drops for the entire set. It helped that the venue was drenched in hypnotic sensation. Combined with powerful rhythmic strobe lights, and a video of images like the iris of a snake or the curls of a flower morphing into each other with ease, Panda Bear put on a show of fantastic depth and quality. It was a set that will be engrained in those that saw him for surely a long time to come.