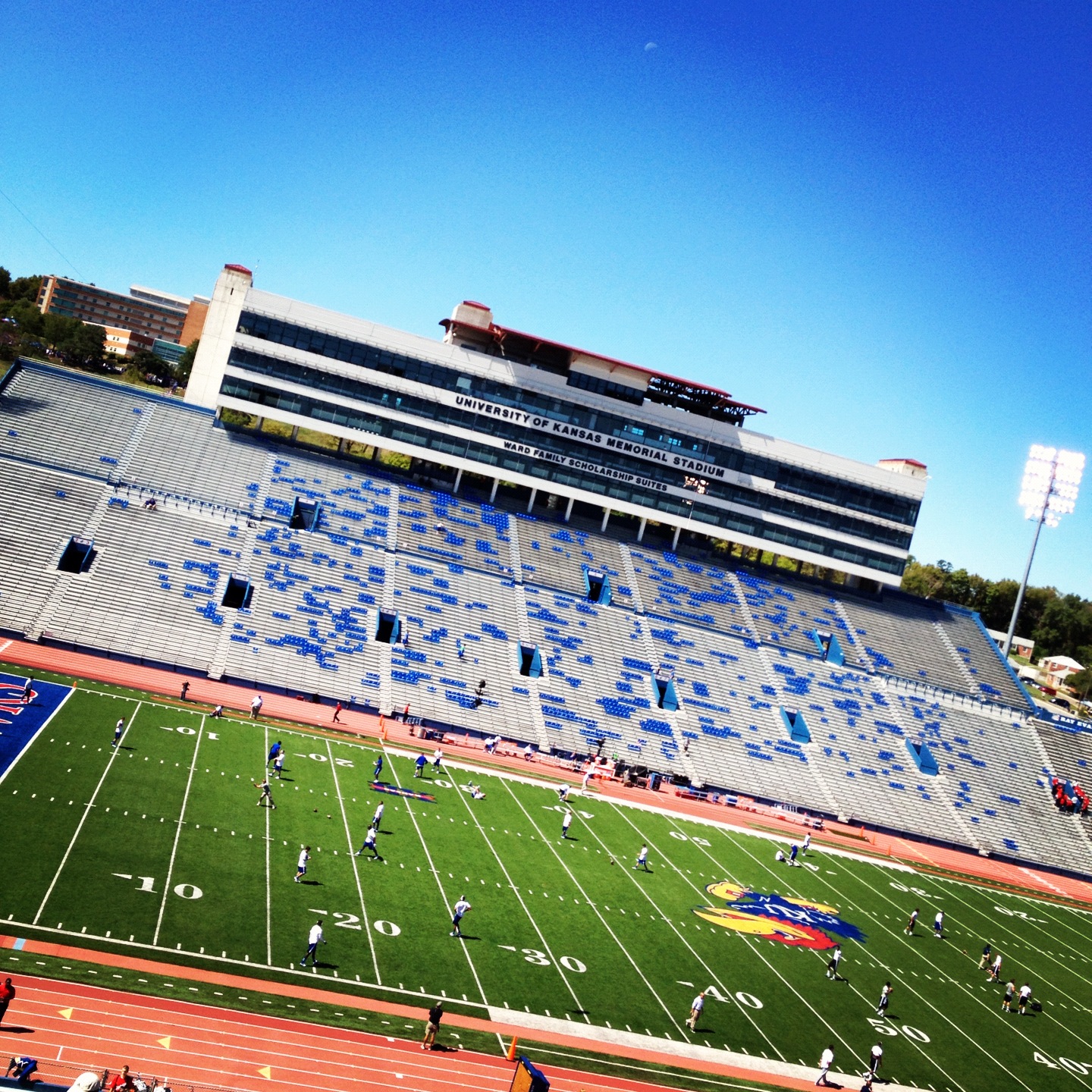 Kansas Football: The Future of KU

We’re almost halfway through the 2015 season and the Jayhawks might be worse than expected. David Beaty’s first season as head coach has not been the stellar change that KU fans so desperately wanted to see.

So far, the Jayhawks have dropped all of their non-conference games, including a non-FBS matchup with South Dakota State. We’re dealing with a young and potentially talented team but change is still necessary. Kansas may not win another game this season, or even come close for that matter, but there is a future.

One change that comes with the addition of David Beaty is his ability to recruit. At his previous employer, Texas A&M, he was one of the head recruiting coordinators, and it definitely paid off for them. If Beaty could convince young athletes to come to Texas, I’m sure he could convince them to make the move to the beautiful city of Lawrence. Here are some of the young talents that Coach Beaty has already locked down as well as potential targets for the future.

The hometown hero! According to scout.com at least, they have Amani Bledsoe as a four star recruit, who is a strong, physical, and college ready lineman. He comes in at 6’4 266 lbs and it definitely shows on his highlight reel. KU is thin on the line, especially with Ben Goodman being in his senior season. If you want to catch a glimpse of him yourself, he’s is right down the road in Lawrence.

Does the last name look familiar? It should, seeing as he is the younger brother of former LB Victor Simmons who played at KU from 2011-2014. His younger brother Isaiah is even better and is being scouted as one of the best safeties in the country. He comes in at 6’3 200 lbs and is extremely athletic. If we’re lucky, his brother will have influence on his decision and Isaiah stays close to home.

Trey Ragas is a big, but very athletic RB from New Orleans. For me, he resembles former Kansas running back, James Sims. Once Kinner is gone, the Jayhawks will be thin at yet another position. If Kansas manages to land this stud, they could begin to make some noise in the Big 12. Ragas isn’t in the sunflower state, but you can check out a short highlight video right here.

Fingers should really be crossed on this one. Avery Davis is one of the best quarterbacks coming out of the state of Texas and according to scout.com, KU is at the top of his list. It has been years since KU has had a truly reliable QB and with Davis they could finally have that. So far this season, KU has gone through four quarterbacks and we are not even halfway through the schedule. Davis may be a 2017 recruit, but we can still hope and dream

Hunter Harris, OL, Aledo HS- Committed
Harris is another 3 star recruit that KU has brought out of the lone star state. Being 6’2 250 lbs, Harris could bring size to the offensive line. I don’t know about you, but I could get used to Beaty getting these big boys out of Texas.

Manaia Perese, DE, Snow College- Committed
Perese is the first JUCO kid on my list and to me is the most exciting one. He comes in at 6’3 281 lbs and it definitely shows. I found his highlight reel from high school and its unbelievable. Imagine what this guy could do in the Big 12.

The Jayhawks are now 0-7 after the huge loss to Oklahoma State and like most years they are now mathematically eliminated from a bowl game before almost anyone else. Try not to feel to bad because the future can be bright, especially if we see these guys in Jayhawk uniforms.