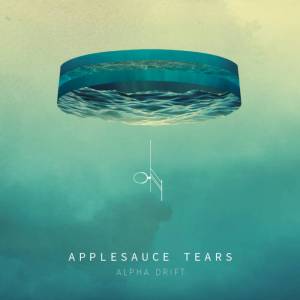 Alpha Drift, the new album from Atlanta’s instrumental outfit, Applesauce Tears, is out now through Black Cottage. For some, the idea of an instrumental album may be uninteresting or scary, but there is a lot to be enjoyed here for those listeners who take the time.

Applesauce Tears seems to pull from a variety of influences on this album. While some songs sound like an unreleased b-side to an early Pink Floyd album, others have a more trip-hop or industrial feel to them. It often feels as though you’ve entered into a film from the 1980s, but instead of taking part in the narrative you are simply floating over the events taking place. Songs such as “Head for the Amber Lanterns” and “Palisades” are the best examples of this cinematic style, while “A Kiss and A Cuddle” is for those who enjoy vibrations of the more psychedelic variation. This album is definitely for anyone who wants to reach a mellow headspace, or for anyone who has been catching up on “The X-Files.”