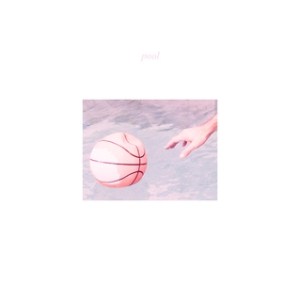 Based in New York, Porches have delivered their first LP on Domino Records, Pool, which achieves a dreamy escape into a synth haze. The album is twelve stunning tracks that completely immerse the listener into the watery dreams of Aaron Maine. The past four independent releases by Porches featured a co-credit of Frankie Cosmos’ Greta Kline, and although her backing vocals can be distinctively heard on “Be Apart” and “Hour,” she is no longer deeply creatively tied into Porches.

The departure from Kline and an acoustic backing band’s presence on Pool, alongside Maine’s experimentation with dance music under the name Ronald Paris, results in an album that feels like Depeche Mode at the public pool.

Every track is outstanding though identifying favorites is a task. Nevertheless, if you are crunched for time check out “Braid,” “Mood” and “Glow.” The title track, “Pool,” takes on a distorted, electronic sound that is slowed up and down with each chorus of slow motion. All the tracks flow together but function independently as if they were a continuation of similar feelings rather than a separate thought. The album accomplishes this without feeling like retreads of the same song. Pool is a fantastic listen for bleary-eyed mornings, evenings and the hours in between.

Recommended If You Like: Blood Orange, Wet, Frankie Cosmos