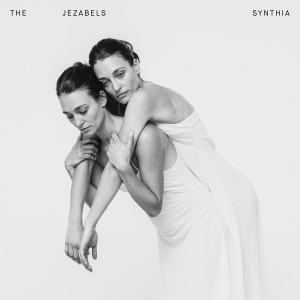 One would expect a band called The Jezabels to acknowledge the politics of their name, and on Synthia, they deliver. The third track of the album includes the gem of a lyric, “I’ve only got one rule–don’t tell me to smile / I’ll take you down.” However, the band doesn’t stop to place themselves in a box. With all tracks running for at least four minutes and some tracks near seven minutes in length, The Jezabels give themselves room to play around and grow.

This sometimes means that the songs veer in a strange direction, the opening number, “Stand and Deliver” is seven minutes and 30 seconds that ranges from spoken word to electronic keyboard solos. The next nine songs follow the model that the opener set up, that being said that model is nothing but unpredictability. The standout track is the ballad “Flowers in the Attic;” something evokes their past rather than their uncertain future as The Jezabels are currently on a hiatus due to declining health of their keyboardist. Their two previous releases are far more subdued using predominately guitars where Synthia uses synths and keyboards, but The Jezabels keep changing their game, and evolving with each recording.

Recommended If You Like: Florence + The Machine, Arcade Fire

Do Not Play: 7 (Pleasure Drive)