The Field: The Follower 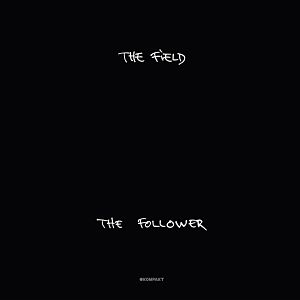 Axel Willner is the the man behind The Field. Since his first album, 2007’s Here We Go Sublime, Willner has constructed atmospheric minimal techno sourced from samples from pop songs. Often, the samples he uses are less than a second long and are highly repetitive and almost completely unidentifiable from their source.

Some of Willner’s music in this style has been pulsing and intense, while some of his other work is slower and dreamy. Other times, he craftily combines the two. The combination is often when he gets the best results. On The Follower, Willner has chosen to focus on the slower and more dreamy side of his repertoire.

This has it’s advantages and disadvantages. Willner’s more dreamy, atmospheric songs, like “Raise The Dead” or “Reflecting Lights,” have an unnameable hypnotic transcendentalism that is really appealing. On the other hand, one of Willner’s strengths on his past albums, especially Here We Go Sublime, was that each song had its own unique character. Even after listening to the The Follower several times, it’s difficult to distinguish the songs from one another.

Despite this criticism, WIllner still has one of the most unique and identifiable sounds in electronic music today. While The Follower might not be his best work, it is another good addition to his endless search for finding infinity in the moment.

Recommended If You Like: Wolfgang Voigt, Gas, Isolée, Ricardo Villalobos