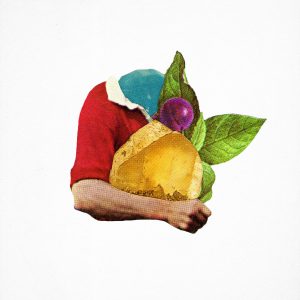 Hailing from Orlando, SALES is a viral hit of a duo that has taken hold of a solid fan base and acclaim with the release of its first single in 2013 and self-titled debut album in 2014. The SALES LP is the debut by a self-releasing group that has already defeated so many odds in an age of musical abundance and commanded attention. Though perhaps too consistent in its vision at times, SALES’ first LP is an excellent debut that over 15 tracks traverses moods and themes of love and sorrow with warm afternoon guitars and an attentive beat.

Repetition is often key for both the instrumentation and lyrics on this LP. There is an air of safety that surrounds the glow of the guitar lain gently over the quiet, rolling drums. SALES understands a tone and is steadfast in maintaining that same beat. The first seven tracks on this album most perfectly represent this. “Over” captures this quality of the instrumentation through melancholy vocals that channel the hurt behind dealing with a tender situation in a relationship. These same calm vocals proclaim feelings of coddling an insecure relationship in “Ivy,” moving on in “Checkin’ Out,” and bitter lovers in “Pope Is a Rockstar.” The album then splits from its more organic instrumentation to a noted higher amount of electronic production. This is beckoned by the auto-tuned voice of “Mondays.” Though subtle, the rest of the tracks on this album, saving the exceptions like “Seven’s Day,” are centered around drum machines or quiet electronic ambiance. It is new material, but much of the album stays true to the release of their EP. This being said, if one liked the EP, one will love the LP.

SALES is a deal in itself. A 15-song drawl of flowery chords and sweet riffs that can be played at any given time or day. The fluidity and flexibility of the tracks can make the album appear to be seamless at best and render the album more of a compilation at its worst. The latter can be brought up as a negative value of the album, yet it is a minor gripe in what is ultimately a worthwhile listen best marked by the fact that one’s overarching issue with this album will be that the songs are not near as long as they should be.

Recommended If You Like: Day Wave, Mothers, Beach Fossils