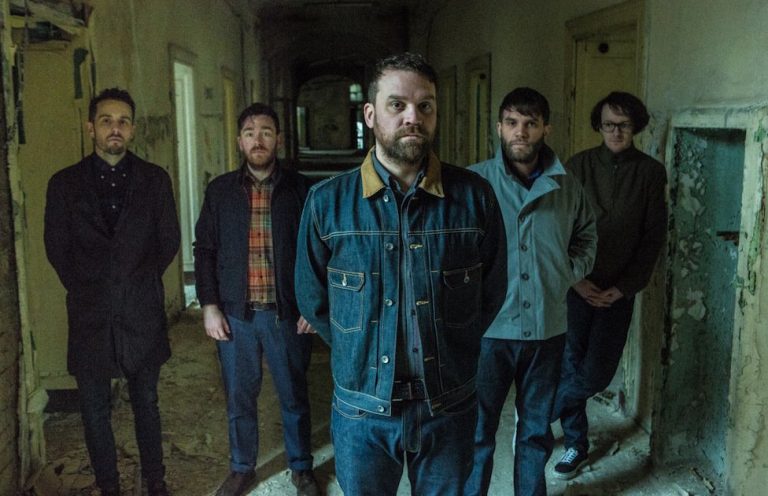 For a foreign band whose lyrics are overwhelmingly sad, and usually focused around breakups, the energy was electric inside the Granada Theater for Scottish indie-rock band Frightened Rabbit.

“Thank you so much, we’re blown away that so many people care about us,” lead singer Scott Hutchinson said as 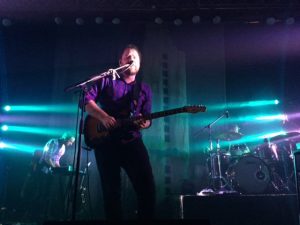 His amazement was well-understood. The line to get into the venue wrapped around the block, and once inside, the Granada was packed wall-to-wall.

Frightened Rabbits delivered every song with palpable passion and meaning. By song 2, the band was soaked in
sweat. They opened with their latest single “Get Out,” which sounds incredible live. They then followed with a veritable combination of older songs like “The Modern Leper” and “Holy,” both of which were essentially sing-a-longs.

This was the first show I’ve been to in a while where the interaction between crowd and band was so pure and amiable. Perhaps I’ve been in some less-than-gracious crowds before, but the audience on Friday night for Frightened Rabbits was unbelievably appreciative of the music they were hearing.

New songs like “Woke Up Hurting” and “I Wish I Was Sober” (didn’t I say overwhelmingly sad earlier) rattled the ground with reverberating synths and drums. The new songs sound full of innovation for the band. The incorporation of electronics is highly noticeable adds nice effect to the songs.

Any song off of 2007’s  Midnight Organ Fight was absolute fire. It was as if the crowd had been waiting 9 years to hear these songs, and I was within that company. Songs like “Head Rolls Off” and “Keep Yourself Warm” rocked even harder than I imagined they ever could.

The kicker was after the band stepped off the stage for the first time. Scott came back onstage alone with an acoustic guitar and played a couple songs, taking a request from yours truly for what was, in my opinion, their saddest song, “Poke.” Hearing those opening chords made me simultaneously joyous and devastated, and the lyrics were hard to handle. It was bizarre, in a way that smiling to emo music often can be.

Frightened Rabbits absolutely destroyed live, and they’re a must-see act for anyone who appreciates good music, delivered honestly and passionately.