Elza Soares: A Mulher Do Fim Do Mundo (The Woman At the End of the World) 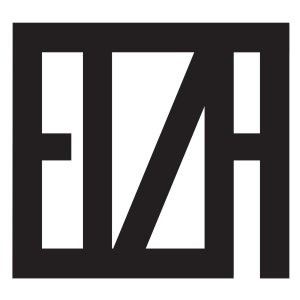 Elza Soares’ “A Mulher Do Fim Do Mundo” is an album decades in the making. While Elza Soares didn’t literally spend decades making “A Mulher Do Fim Do Mundo”, she did pour decades of life experience into the making of “A Mulher Do Fim Do Mundo”. At almost 80 years old, Elza Soares has lived a life most unordinary. Winning a Brazilian singing contest in the 1950s, Soares started off her musical career with a level of exposure not afforded to your average up and coming musical artist. After releasing her first album in 1960, Soares continued to release albums every year up until 1980, sometimes releasing multiple albums every year. After 1980, Soares released a single album every decade up until the turn of the century where, at almost 60 years old, she began to release albums every few years. Despite what sounds like a great career, Soares has long dealt with tragedy in her personal life. Having been married off by her father to an abusive local man at 12, Soares had four children, one of which died from malnutrition and another that was given up for adoption. At 21, Soares husband died. Soares was married again to a Brazilian football player but he died as a result of alcoholism.
If you listen, it’s easy to hear Soares’ musical history and all of her tragedy driving “A Mulher Do Fim Do Mundo”. The lyrics of Soares’ newest release are often aggressive and read as a celebration of all things id. In one song, she sings (in vivid detail) about just how excellent sex is. In another song, Soares sings about getting revenge on her abusive past lover by treating him to a boiling hot shower in the company of his mother and neighbors. The very vivid, physical lyrics are punctuated by the sharpest production since Steely Dan’s “Gaucho”. As clear as crystal, every instrument is audible with the different instruments being mixed at just the right volume so as to make for a very straight-forward sounding record. Soares’ storied career has been anchored in bossa nova but at the same time, throughout the years, Soares has never been one to shy away from trying on new sounds and musical colors. “A Mulher Do Fim Do Mundo” blazes along to percolating electronic sounds that wouldn’t be out of place in a James Blake or Kanye West production. Paired with electronic sounds are a very heavy bass and a very heavy (sometimes mega fuzzy) guitar, brass, and percussion that just sounds possessed. Despite a clean production, Soares’ life experience translates into the instrumentation as every instrument sounds just as energized and driven as Soares. “A Mulher Do Fim Do Mundo” isn’t simply an adoption of current trends, as it remains true to what Soares’ longtime fans have enjoyed listening to for so long. “A Mulher Do Fim Do Mundo” has been out for almost a year now and it still sounds relatively fresh thanks in large part not only to uniquely compelling subject matter and Soares’ very unique voice (it’s the huskiest you’ll ever hear) but also to excellent musicianship, production with a contemporary bend, and a unique sound.

Recommended If You Like: Nina Hagen, “The National Anthem” by Radiohead, high-blood pressure, world music
Recommended Tracks: (10) Solto, (5) Pra Fuder, (7) Firmeza?!, 8 (Danca)
Do Not Play: ??A lot of the tracks have cussing but none of the explicit words are spoken in English??
Written by PJ Moon on 10/25/2016