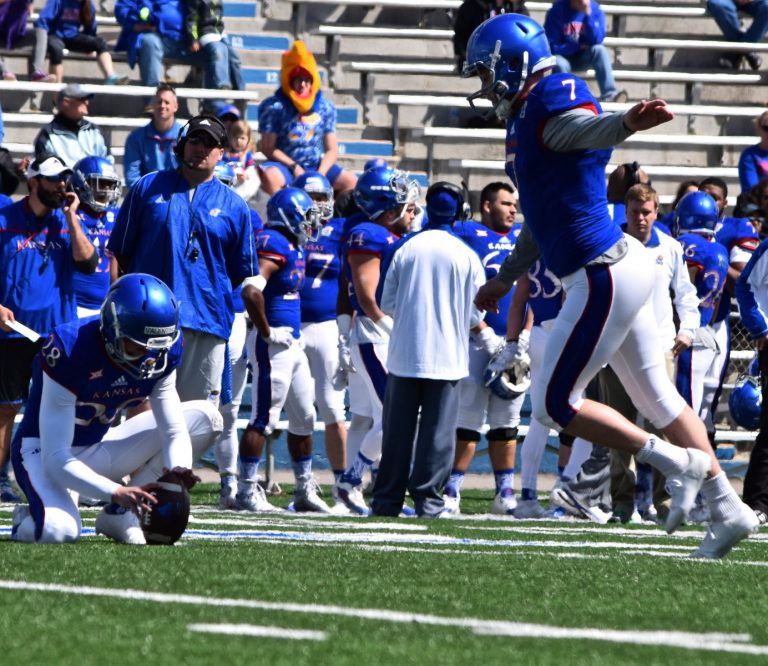 It will be Senior Day for the Jayhawks on a day they could use some senior leadership. Kansas is looking to snap a 19 game Big 12 losing streak, while Texas looks to become bowl game eligible after their loss last weekend to West Virginia, making them 5-5 on the season.

Kansas lost last week in a battle versus Iowa State, a team many felt Kansas could get over the hump and come out on top against.

They had the Cyclones right where they wanted them, leading 14-3 at one point in the ballgame. An 80-yard touchdown drive would kill any of the momentum that the Jayhawks had left in them, as they would go on to lose 31-24, giving Kansas a 1-9 record on the season with no wins and 7 losses in Big 12 play.

Last week, Iowa State beat Kansas on the ground, compiling 260 yards total and 5.2 yards per carry. It will be hard to stop the Longhorns on the ground with the absence of Marcquis Roberts and Anthony Olobia, who were ruled out for the remainder of the season earlier this week.

Texas is the most frequent runner of the football in the Big 12, averaging over 5 yards per carry. If the Jayhawks cannot contain the running game, it could be a long afternoon for David Beaty and his team.

Kansas will more than likely give the ball into the hands of freshman Carter Stanley once again after completing 26 of 38 pass attempts for 171 yards. He also had one touchdown and one interception.

Meanwhile, on the ground, the Jayhawks will look to continue to receive solid production out of Ke’aun Kinner and Taylor Martin. Kinner rushed for 158 yards last weekend, while Martin rushed for 83. They both found their way into the end zone giving each of them a touchdown.

The odds for this game certainly are not in favor of Kansas.

Texas is the heavy favorite to win as long as they stay on the ground, as D’Onta Foreman will lead the way. The 6’1, 250-pound junior has rushed for 1,613 yards total this season, averaging 6.7 yards per carry, while also scoring 13 touchdowns. As a unit, the rushing attack of Texas ranks 16th in the nation.

This game could come down to whoever plays better defensively. Texas is ranked 107th in total defense, allowing 456.6 yards per game. The Longhorns’ secondary has been below average, allowing 270.4 yards through the air.

Will the freshman Carter Stanley be able to exploit those Texas struggles in the secondary? It is Senior Day, which should bring some extra energy to the game. If Kansas can feed off that energy, it could catapult David Beaty and the Jayhawks to their first Big 12 victory of the year.