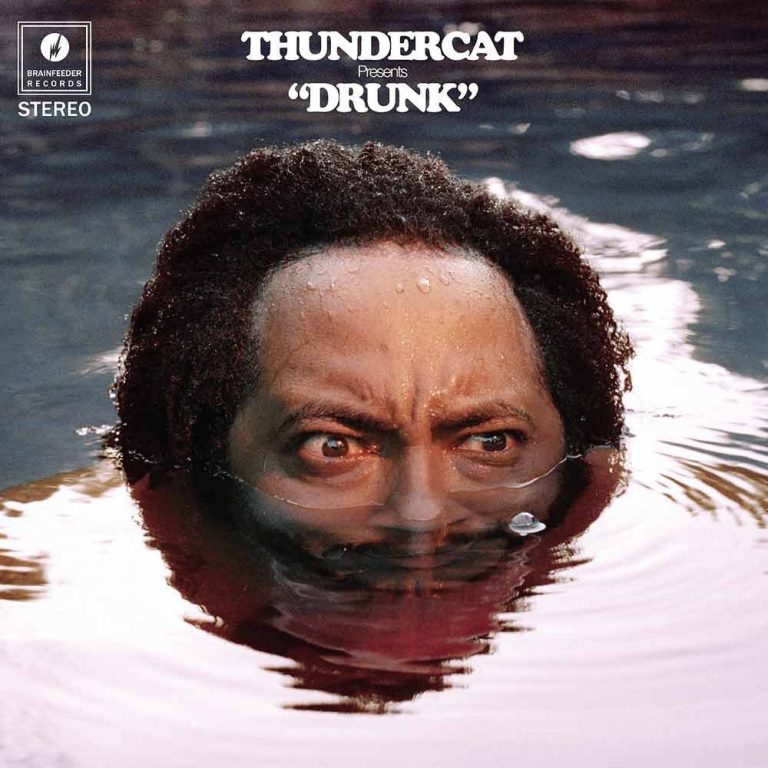 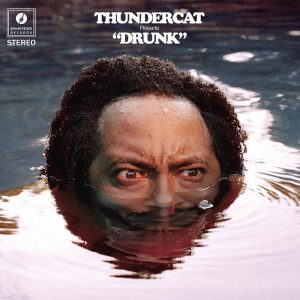 The tell-tale funk and groove of Thundercat is back and better than ever with his latest album, Drunk. And, as a good friend once told me, this man knows how to make some damn fun music that’s almost impossible to resist dancing to. From the sage advice of how to stop feeling weird in “Captain Stupido”, to the life altering effects of a Goku action figure, this album presents some of the goofiest Thundercat tracks to date with impressive features from Flying Lotus, Sounwave, Kendrick Lamar, Pharell Williams, and Kenny Loggins.

This 23 track release follows a semi-chronological drunken night of debauchery down a rabbit hole. As we go through the night, there are subtle hints of instrumental unease (see “Uh Uh”) that occasionally peak through that suggesting that there may be more to this drunken escapade. Just as this unease starts to grab your attention, Thundercat launches into another insanely danceable baseline that wipes concern from your mind completely. With increasing number of subtle digs at societal and political influencers such as social media vanity and the all lives matter countermovement, you start to realize that this album shows us how we try to escape and cope with the world around us. Whether it be through bike rides, alcohol, or fantasies of being a cat, Thundercat simultaneously celebrates and warns us about how we deal with (or, more accurately, avoid dealing with) complex emotions that come from heartbreak and general existential crises.

As the night grows longer, sobering reality and self reflection come back into focus, but guilt does not necessarily follow. Because, in the end, we’re just human and Thundercat lets us know that its not a bad thing to indulge in this escape as long as we recognize what we’re doing. That being said, Thundercat makes it apparent that the cycle is about to continue. But of course we already know that because, at this point, we’ve already started the album over.