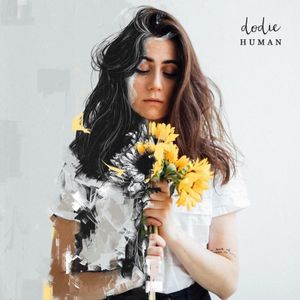 Gaining online fame through her YouTube channel, English singer-songwriter dodie has taken advantage of that fame to start her own musical career. While her first two EPs showed some room for improvement, she also showed a large amount of potential. No matter if Human is considered her third EP or her first album, there is one thing that is clear:

Human is not only the most complete and consistent dodie record to date, it is also her best.

The record begins with the atmospheric “Arms Unfolding” (Track 1) where dodie sings over the sound of herself humming. Following that track, the record brings a wide range of emotions to the table. “Monster” (Track 2) has lyrics of guilt in front of chants and the most upbeat instrumentation the record has. With guest artist Lewis Watson, the adorable “Not What I Meant” (Track 3) brings out the sweet and tender feelings of the artists. Though the track “If I’m Being Honest” (Track 6) shows the best of dodie as a lyricist and singer as she weaves beautiful and poetic language with a lo-fi sound.

The absolute best part about this record, and with dodie in general, is the emotions that she brings out of her listeners. The emotions she packs into her music help make a genuine connection between her and her audience. This record clearly shows her ambitions as an artist. She wants her lyrics to be the focus while the sound amplifies the emotions found in those lyrics. While it isn’t anything revolutionary, it shows why dodie is such a promising artist. Rather than being overly ambitious and overblown, she remains modest and genuine without losing the ability to take some risks as an artist. Honestly, that is probably the best thing she can do at this point in her career.

No matter if it is an EP or an album, Human is a truly great and pleasant record. Some tracks will lift hearts and others will absolutely shatter them. No matter what kind of mood the listener is in, there will always be a deep sense of satisfaction in the back of their minds. This record is a true accomplishment.