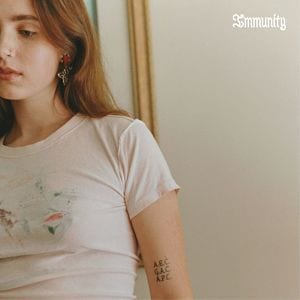 Claire Cottrill (aka Clairo) first made waves in the alternative music scene in 2017, when her single “Pretty Girl” went viral on YouTube. With limited resources in instrumentation and recording, the track was a heavily minimalistic project. Many critics described its genre as “bedroom pop,” which was ironically accurate since Cottrill had quite literally recorded out of her bedroom. However, she largely rejected the label, not wishing to be confined within that genre. “Pretty Girl” received high praise from many listeners and played an integral role in launching Clairo’s career — but the production quality of the track was insufficient to fully convey her talent.

Following the release of the EP Diary 001 and a series of features, Clairo has returned in 2019 with the release of her first full-length LP, Immunity. The record finds Cottrill pushing the boundaries of genre while also learning to emphasize her transcendent voice and lyric-writing abilities. The instrumentation is more lush than ever but carefully designed to complement (rather than overpower) the vocals. Cottrill is not solely to thank for the musical maturation between previous works and Immunity; seasoned artists such as Rostam Batmanglij and Danielle Haim played major roles in the album’s production. However, the overarching sound Clairo has carved out is all her own.

Immunity carefully balances the intimacy of self-discovery with the universality of the modern young-adult experience. From an anecdote about Cottrill’s friend intervening during a suicide attempt in opener “Alewife” to the exploration of her burgeoning interest in women in “Sofia,” the lyrics are somehow both deeply personal and painfully relatable to anyone who has ever struggled with identity or fitting in. In a climate where a graceful coming of age seems near-impossible, Clairo’s lyrics are a much-needed affirmation. While the process of growing up is rarely easy, there is comfort in the idea that all of us are facing our own struggles, alone and together.

Clairo’s Immunity is, overall, a brilliant debut LP. Whatever musical endeavors the young artist decides to pursue in the future, the results are sure to be spectacular.