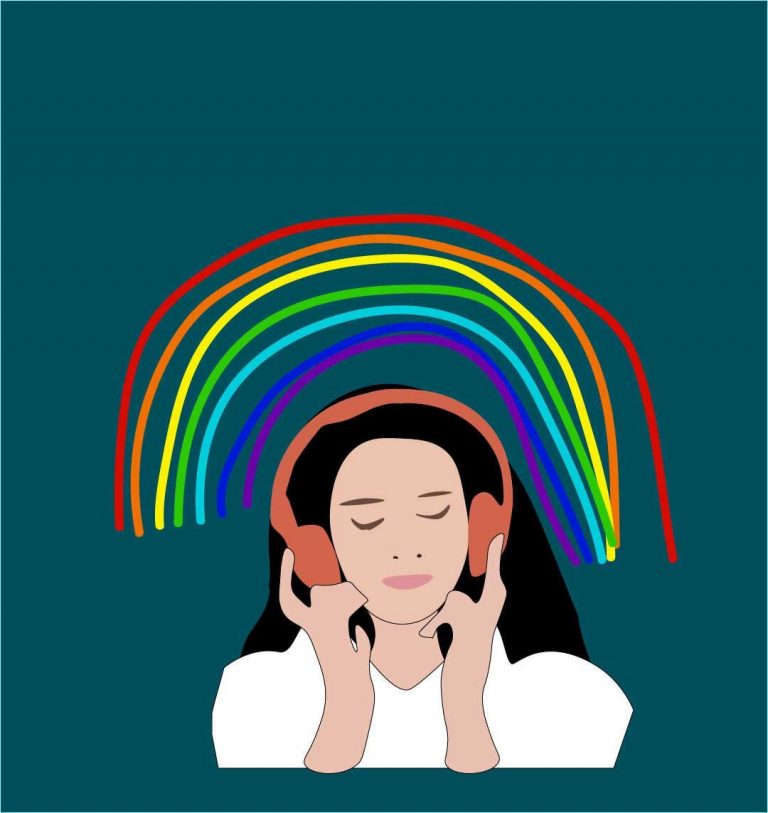 It’s Gaypril everyone. What a better way to celebrate than by making a KJHK staff playlist of queer anthems.

Diplomats Son isn’t exactly an in-your-face, flamboyant queer anthem, but it has this sense of longing for another time. It describes a forbidden love affair back in the year 1981, a polarizing time for gay relationships. Ezra Koenig shows off his falsetto skills while Rostam provides some of the strangest production in the Vampire Weekend discography. and of course, there’s the classic lyric “that night i smoked a joint / with my best friend we found ourselves in bed / when i woke up / he was gone / he was a diplomats son / it was ‘81”

Though not explicitly a gay song, Ayesha Erotica made music for the girls and gays. While the narrative of this song follows Ms. Erotica meeting and lusting for a boy at vacation bible school, losing touch, and then leading a promiscuous lifestyle, the subtext of this song deals with rejecting the confines of a Christian-centric lifestyle and unapologetically living your life as you choose to. It isn’t all rainbows and freedom though; there’s still unrequited love, romantic longing, and unsure feelings about faith and selfishness, which this song captures with a subtlety and humor that isn’t common in big, brash pop music. It’s all wrapped up in a four minute, hyper-pop BOP with harpsichord and bass drops dripping with Y2K nostalgia!

Unlike Deegan’s, mine’s explicitly a gay song. That’s all that needs to be said.

So I’ve listed the entire rock opera here, because I don’t think I can name just one song from Hedwig. From the cutesy “Sugar Daddy” to the depressing “Hedwig’s Lament,” and even the powerful finale, “Midnight Radio,” this is Queer to stay. I prefer the Neil Patrick Harris version, so I’ve linked that one. But LGBTQ+ people have dominated rock opera forever, gaining cult followings with amazing shows like “The Rocky Horror Picture Show.” Hedwig is a powerful show about a drag queen who has a botched sex change operation and her climb to the spotlight… but at what cost? Truly my favorite rock opera.

I first heard The Internet’s album Hive Mind in an NPR podcast interview with Syd Tha Kyd (front person of The Internet). The podcast host praised Syd for being so confident in her sexuality to write music about loving women. Syd, who has one of the smoothest voices and most low-key attitude of our generation, responded that she’s not trying to make any sort of statement, she just likes women, so why wouldn’t she sing about that.

Queer anthem: “iT” Chirstine and the Queens

Christine and the Queens is the first genderqueer and androgenous artist I came across. I really respect and admire how she pushes the boundaries of masculinity, femininity, and sexuality in her songs, especially with “iT.” “iT” is pretty explicit in the fluidity of gender and transitioning, which are topics I don’t think are covered as widely in queer anthems. And who doesn’t love 2014 indie pop??

This song follows the story of a closeted teen boy going to a dance with his girlfriend to end up making out with a boy in the bathroom. I heard this song when I was still freshly out of the closet. I grew an attachment to it because all other songs I heard were based around hetero relationships. I attribute this song to my personal growth.

I feel so clean like money machiiiine oh yeah haha.

Queer anthem: “i wanna be your girlfriend” girl in red

This sweet, power-packed wlw (women-loving-women) anthem tells a classic story of being in love with a close friend who might not reciprocate your feelings. On her Bandcamp, girl in red suggests the “Hannah” she sings about in this track is also straight, which makes the song’s message hit home all the more for angsty queer youth. Despite being a little melancholy, the song is also catchy and dripping with yearning sentiments. Lines like “I don’t wanna be your friend, I wanna kiss your lips / I wanna kiss you until I lose my breath” really capture the exhilarating thrill of young romance.