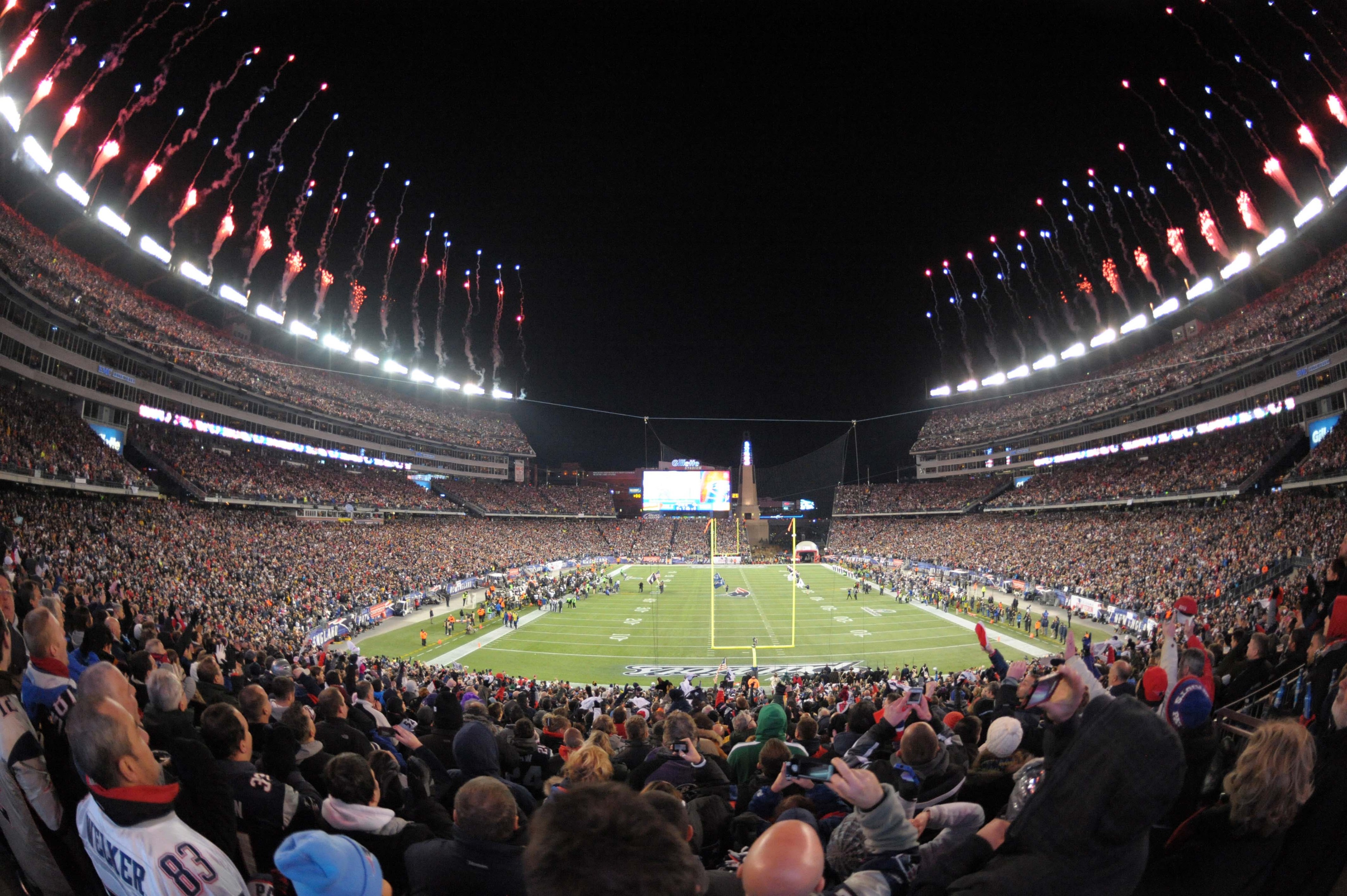 Jan 20, 2013; Foxboro, MA, USA; General view of fireworks during the playing of the national anthem before the AFC Championship game between the Baltimore Ravens and the New England Patriots at Gillette Stadium. The Ravens defeated the Patriots 28-13. Mandatory Credit: Kirby Lee/USA TODAY Sports

The Arizona Cardinals suffered their first loss at home to the St. Louis Rams in a NFC West division game. Where the New Orleans Saints got their first win at home in an overtime thriller against the Dallas Cowboys.

The NFL was in London Sunday as the New York Jets and Miami Dolphins squared off in an AFC battle. The Jets prevailed 27-14. This led to the firing of Dolphin’s head coach Joe Philbin.