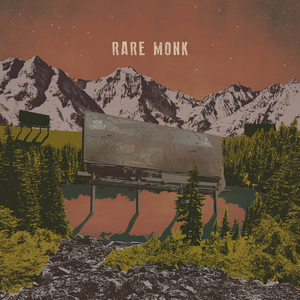 Reflecting the eccentricities of its Portland birthplace, Rare Monk puts a dark spin on the typically more light-hearted indie rock genre. Songs that, upon first listen, seem upbeat and summery are complemented by lyrics about death and determinism. A Future is an examination of the environment (politically, socially, etc.) we currently live in and our role in altering this environment. As front man Dorian Aites describes on an excerpt for Spotify, the band has “control over the music” even in a climate where it is easy to feel like one is “grasping for free will.” It appears that Rare Monk has, like many of its predecessors, recognized the power of music as a tool of social awareness and change.

The band has previously released a handful of singles and EP’s and an album titled Death by Proxy. Listening to Death by Proxy, A Future is comparatively heavy in terms of sound while maintaining the morbidity of previous lyrics. The new album, indeed, has a more desperate, fatalistic sound, directly reflecting the social turmoil which has expanded in America since the first album’s 2013 release. However, the seeming severity of the A Future’s themes does not prevent its tracks from being catchy and instrumentally sound. The guitar plays a pivotal role in many of the songs, crafting sweeping solos and swelling crescendos into powerful choruses. The combination of the guitar and the pulsating urgency of the drums divulges the band’s 90’s indie rock inspirations, but the overall sound is undoubtedly contemporary.

While this album is appropriate for many listening atmospheres, it is a clear go-to for anyone who wishes to cathartically ponder the impeding possibility of a dystopian future without becoming too sad.

Recommended If You Like: Band of Horses, Local Natives, The National
Recommended Tracks: 2 (Phosphorescence), 3 (Golden), 5 (Fissile Humans), 10 (Make Like a Tree and Murder)
Do Not Play: None
Written by Jaya Chakka on 12/05/2017