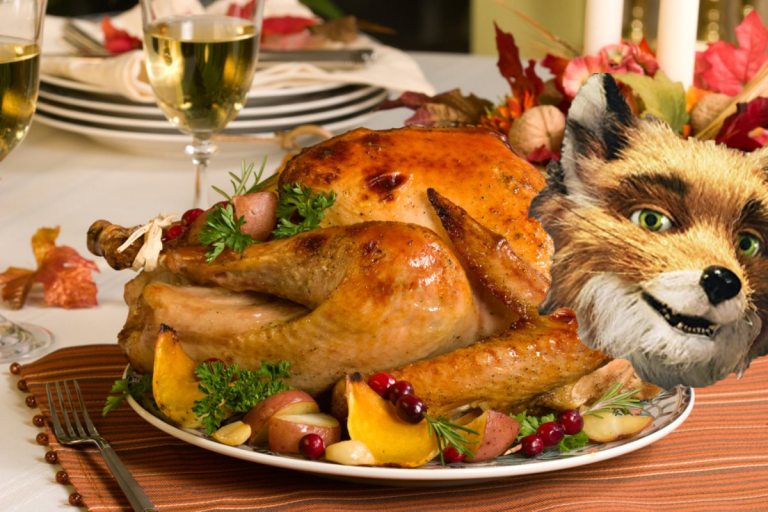 The perfect Thanksgiving movie exists, you just didn’t know it

Thanksgiving has always been an underrated holiday. It’s become common to completely skip the over-eating holiday; to go from carving pumpkins to hanging up christmas ornaments days later. As an underlooked holiday, it might make sense why there is such an absence of thanksgiving media. But, it also could be because the best Thanksgiving movies don’t even consider themselves one.

For about 8 years now, my family has made it a tradition to watch Wes Anderson’s “Fantastic Mr. Fox.” The best and only valid Thanksgiving movie. I’ll admit, I was hesitant at first. Why was my brother forcing us to watch this movie that doesn’t even mention Thanksgiving? But after the first viewing, I was hooked. Even though the animated picture never overtly mentions the holiday or even this country, Anderson and co-scripter Noah Baumbach are able to bring out the spirit of the annual American feast.

The film follows a group of anthropomorphic woodland creatures living in their respective underground habitats. Mr. Fox, voiced by George Clooney,  is the leader of the group. Going through a midlife crisis, Fox goes back to his old days of thievery and starts a feud with local farmers Boggis, Bunce and Bean. The three farmers are notoriously wicked; so wicked that local school children composed a song, explicating their evil habits.

“Boggis, Bunce and Bean / One fat, one short, one lean / Those horrible crooks / So different in looks / But nonetheless equally mean.”

Without giving away too much, the conflict of Mr. Fox stems mostly from Fox and his son, Ash, struggling with their identities. They eventually learn to accept and take advantage of their flaws, bringing about a wholesome family ending.

The movie also features several feast scenes, and iconic toasts. While it might not come off as a “Thanksgiving” movie, Fantastic Mr. Fox displays how far you’d go for your family. Individually, the characters don’t really know what they’re doing. They are insecure and struggling with identities and having a sense of belonging. When they come together, and create this modge podge of a family, they’re able to work for a common good.

Anderson and Baumbach’s film displays the dysfuntionaltiy of thanksgiving. Things can get messy. The turkey might be burnt, the dinner table conversations might get heated, but that’s exactly how it should be. It’s the memories you create with the people you love that truly matter. So, this year think about giving this fantastic film a chance. It might just become a tradition for years to come.