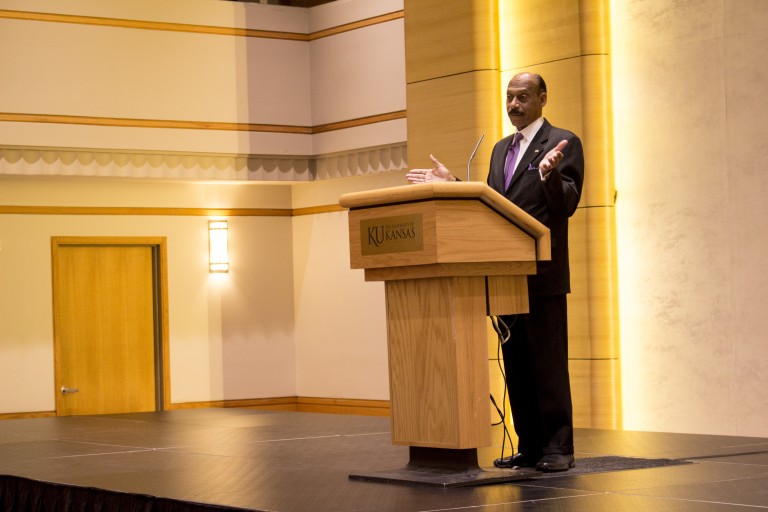 Dr. Larry Davis visits KU for a discussion on social and racial issues 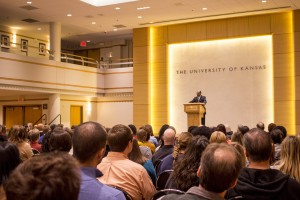 On the January 29th, The University of Kansas welcomed one of the country’s most prominent scholars on race and social welfare, Dr. Larry Davis, The Dean of Social Work, at the University of Pittsburgh. Dr. Davis, who is also the Director and founder of The Center on Race and Social Problems, gave a lecture where he discussed many of the results found by The Center which conducts applied social science research on race, ethnicity, and culture in color. In this speech, he talked about his background as a black child being raised by a fair-skinned mother, whom many assumed was white, and how his experiences lead him to pursue the racial studies he is now known for.

The Dean also spoke about the purpose of his essays included in his latest book, “Why Are They 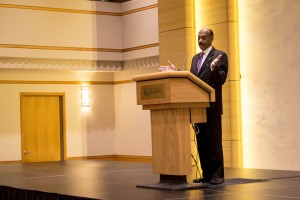 Angry At Us: Essays on Race.” Before diving into the book’s specifics, he stopped to make one thing perfectly clear: he was not here to sell it and he did not plan to talk about it for the entire speech. In fact, Davis heavily encouraged audience questions, comments, and participation throughout his presentation and afterwards during a Q&A segment. Davis’ objective in traveling and making these speeches are to facilitate and open discussion about the status of racism as it exists today, as well as communicate the message that a 400+ year old problem was not going to be solved in a single day.

His open discussion called for greater attention to racial identity, internalized racism, and the legacy of slavery and how today’s society can take steps to achieve true equality. For information, you can look at the website for the Center on Race and Social Problems.