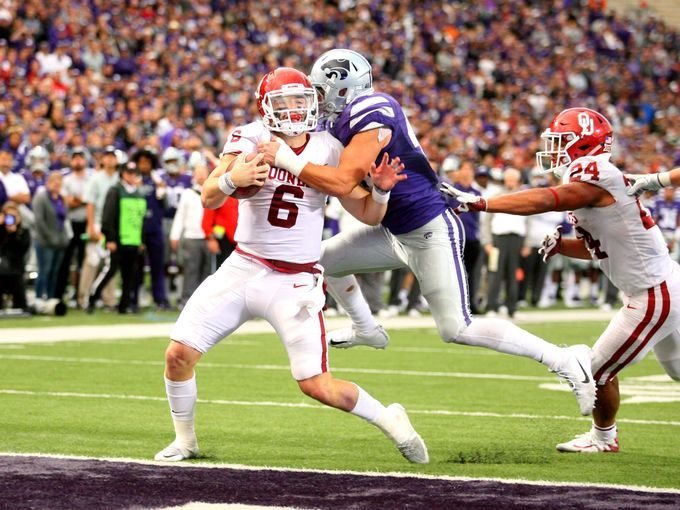 Oklahoma QB (6) Baker Mayfield stretches across the goal line to put the Sooners up early in the 4th quarter against Kansas State.

Another week down in the college football regular season! This past week featured 3 games decided by 7 points or less. Although there were no real crazy upsets, there were a lot of really close games. Taking a look at the Big 12 conference as a whole—apart from one plummeting bottom feeder, no team looks like a complete pushover. As more and more teams approach bowl eligibility this is generally when the good teams begin to hit their stride—that being said, let’s get to this week’s power rankings.