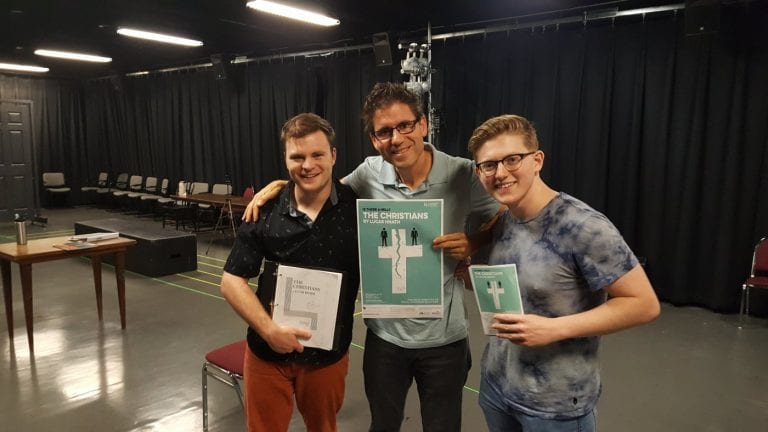 Last week, Chris Conde previewed KU’s first play “The Christians” by interviewing cast members Noah Parker and Kieran Regan to preview the production. Chris is back to review “The Christians” and sat down with stage director Markus Potter and spoke with him about the challenges for directing KU’s first show.

Two podcasts for the price of one (which is still… free?)! KJHK’s Trevor Harrison found two popular mystery broadcasts from the 1940s and directed a re-enactment of the broadcasts for your entertainment!

Not every situationship has a happy ending. In episode 2 Situationships, Grace Needham sat down with her friend Alyssa, who goes over the hardships of dating in the modern world.

Incoming youngster Wyatt Hall debuts his new show for Ad Astra “Watching w/ Wyatt,” a show where Wyatt reviews one movie or TV of the week and then previews another for the next. In this episode, Wyatt reviewed “Hustlers,” and goes in depths on the ethical/ moral dilemma the characters face in the film. Wyatt also previews the upcoming comic-book film “Joker,” that he’ll be back to review in his next episode.


Type to search or hit ESC to close
See all results