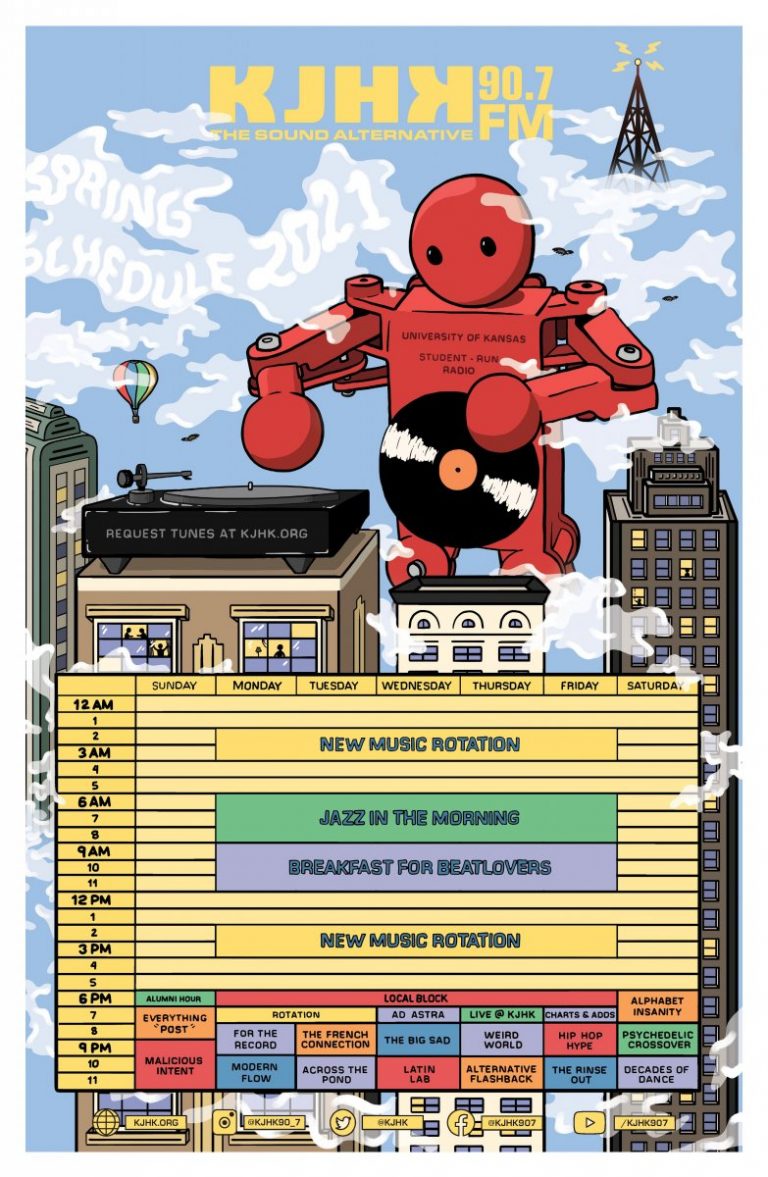 Check out what’s been playing on KJHK this semester and who’s been hosting your favorite shows all semester long!

Thanks to the KJHK Content Staff for conducting and transcribing all of these interviews.